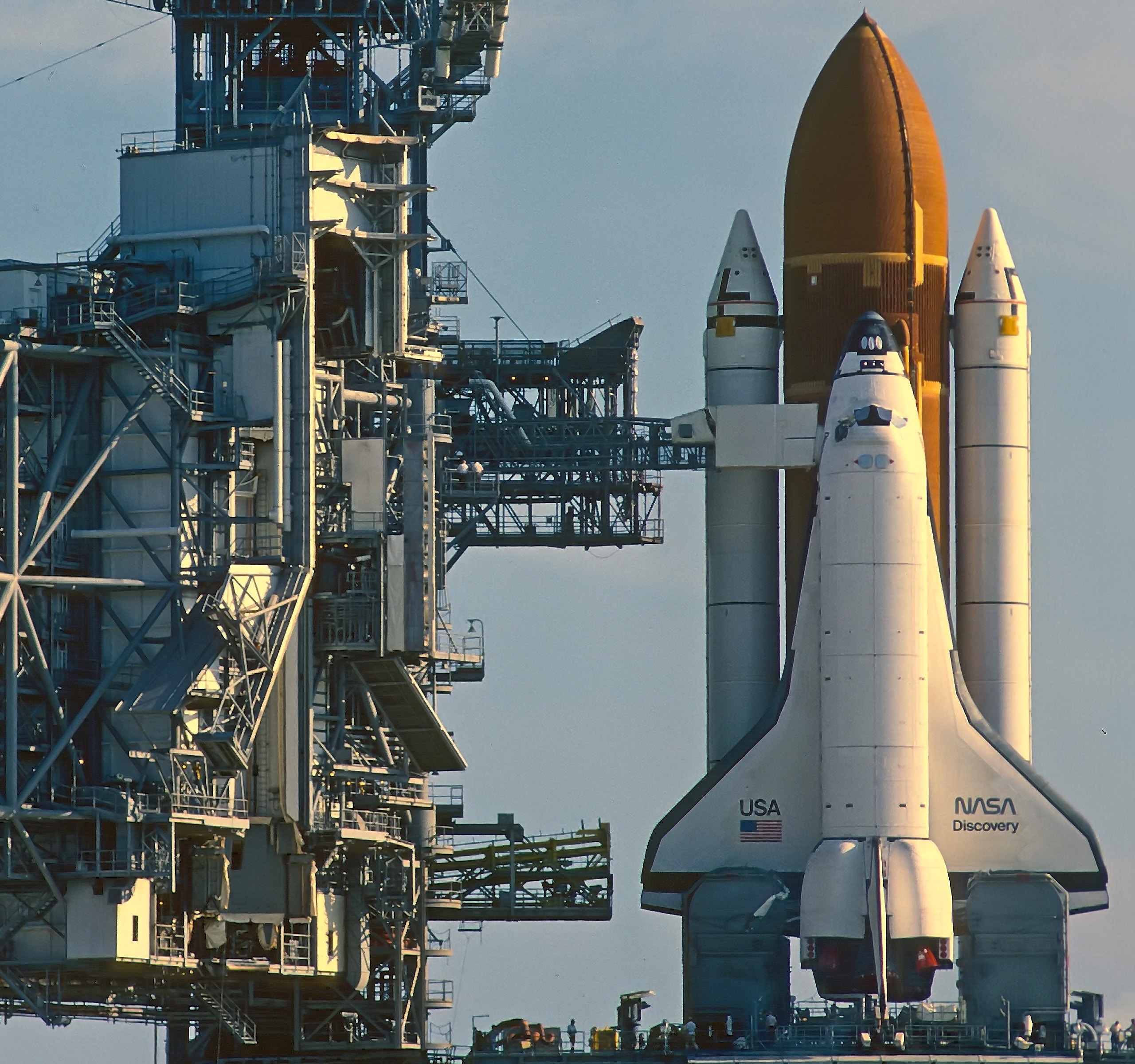 Disagreement is the antidote for the potentially disastrous effects of conformity. It has the power to unleash creativity, innovation, and superior performance.

Conformity can lead to disaster

Shortly after liftoff on its tenth mission, the space shuttle Challenger exploded, killing all seven crewmembers. Seventeen years later another shuttle, Columbia, exploded upon re-entry into earth’s atmosphere and again seven astronauts died. In both cases, engineers had raised concerns about the exact technical problems that would ultimately cause the disasters, and on both occasions, those concerns were ignored. The National Aeronautics and Space Administration (NASA) in the United States, which was in charge of both missions, was criticized for defective decision making which many believe was a result of groupthink — a term coined by psychologist Irving Janis to describe the pressures of unanimity that take place in highly cohesive social groups.

Homo sapiens are social animals, and interesting things happen when we interact in groups. The behavior of individuals is influenced by the social norms and pressures exerted by groups. Individuals tend to look to others within their group for cues on how to behave. They also adapt their behavior to the group’s expectations to gain approval. Psychologist Salomon Asch found that social pressure could cause people to provide an obviously wrong answer to a question to conform with the consensus of a group.

More recently, researchers have found that discussions within groups of like-minded people can lead to convergence and strengthening of their commonly held views while dissenting views are suppressed. The phenomenon is called group polarization and also has the effect of pushing opposing groups further apart.

Like-minded people, talking only with one another, usually end up believing a more extreme version of what they thought before they started to talk.

The silver lining in Asch’s conformity experiments was that the presence of a single dissenter in the group caused conformity to plummet. The challenges posed by group dynamics can be overcome through diversity and disagreement. Research has shown that both decision making and performance within groups improves as diversity increases. When people with very diverse ideas, opinions, and beliefs come together to collaborate, it creates fertile ground for creativity and innovation. The collision of different ideas creates the sparks of innovation.

Every great idea is really just a spectacular disagreement with some other great idea.

Teams and organizations that foster disagreement develop more creative solutions to problems and perform better. The challenge is managing disagreement so that dissenting voices are not suppressed and the best ideas win.

Nobody said it was going to be easy

It’s the friction that makes the magic happen. The academics Dorothy Leonard and Walter Swap used the term creative abrasion to describe the process by which “intellectually diverse people generate, vigorously debate, and ultimately implement ideas.” The friction forces individuals to put more effort into the process, for example, preparing better and forming better arguments to reach a decision. There is likely to be less consensus and more potential for conflict. Reaching decisions will feel harder in a diverse group, but the process will probably produce better results.

Design teams and organizations for disagreement

Creative abrasion can be fostered by seeking out people who disagree with you. Individual decision makers can solicit input from people likely to have opposing views. But the effort to build diversity into teams and organizations should start much earlier. Truly successful teams will aim to bring in people that are opinionated and think differently. There are many ways to create diversity within teams and organizations. Start by intentionally creating roles with naturally conflicting objectives or by pairing people with opposing viewpoints to work on a project. Pixar brought in Brad Bird because they knew he was a maverick that would shake up their traditional way of doing things. Jerry Hirshberg was known for hiring people in divergent pairs when he was president of Nissan Design International. He purposefully hired people who were destined to disagree and made them work together.

When it comes to creativity, the best person for the job is often two people — people who see the world in utterly different ways.

Another approach to injecting more disagreement into a process is to create competition deliberately. Red teaming is a method derived from the military in which a team is created to take an adversarial position to the preferred option. Appointing a devil’s advocate to take a contrarian view can have a similar effect. Both methods encourage dissent and ensure no single position dominates the debate.

To improve the quality of disagreements, individuals must recognize the limits of their knowledge. By keeping an open mind and accepting that their beliefs and opinions can be wrong, individuals can cultivate intellectual humility. This openness enables people to shift their perspective and see a problem from another point of view.

Productive disagreements require an environment in which people feel safe voicing their opinions. The aim is to create an environment in which there are no negative repercussions of speaking one’s mind. A safe environment opens the door to candor, which is characterized by a willingness to offer frank opinions and constructively challenge the ideas of others. When individuals have a shared purpose and cultivate mutual respect, the challenge can be seen as a means of improving the overall outcome rather than as a personal affront.

Our natural tendency is to seek out like-minded people, which is unsurprising, considering that diversity can lead to more uncomfortable and difficult situations. However, the conformity and polarization that can result when groups of like-minded people come together can have disastrous consequences. Diversity and disagreement not only counteract conformity, but they are also likely to enhance creativity and innovation, which will ultimately lead to better performance. In that context, it should be clear why one of the most influential thinkers and authors on the topic of management wrote:

The first rule of decision-making is that one does not make a decision unless there is a disagreement.

In a similar vein, longtime chairman and CEO of General Motors Alfred Sloan once refused to decide on a matter because there was not enough disagreement on the topic around his management table.

Gentlemen, I take it we are all in complete agreement on the decision here. Then, I propose we postpone further discussion of this matter until the next meeting to give ourselves time to develop disagreement and perhaps gain some understanding of what the decision is all about.

Disagreement should be an essential ingredient of all-important decision-making processes. Although the friction it creates can feel stressful, the benefits far outweigh the drawbacks. By challenging each other’s ideas with openness and candor, people are more likely to find creative solutions to their problems, make better decisions, and outperform their competitors. So don’t decide without having a good debate first.

This blog post originally appeared as a story on Medium. It is based on insights from a stream on how to Disagree Well.

Featured Image: A NASA space shuttle prior to launch (Photo by Terence Burke on Unsplash). 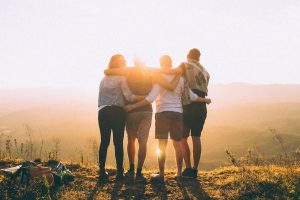 Consider going premium (even if you don't use Trickle regularly?!) 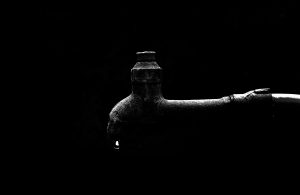 Why drips are limited 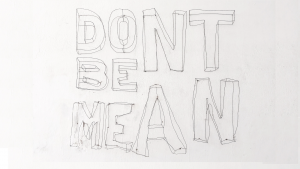 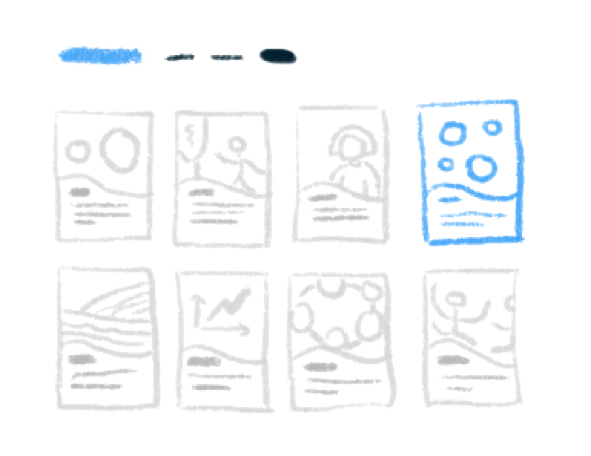