Too much harmony in groups can spell disaster, dissent is valuable

Chapter 1 Disagreement is critical for innovation, creativity, and good decision-making

Well-functioning organizations discourage conformity and encourage dissent – partly to protect the rights of dissenters but mostly to promote interests of their own. — Cass Sunstein Share this expert

Most people are familiar with the proverb “If you don’t have anything nice to say, don’t say anything at all” and many will have been taught that it is advice to live by. However, when the stakes are high this attitude can be dangerous, especially if it leads to conformity. Organizational cultures that value harmony and ear of conflict are likely to fail. Conformity is an adaptation of belief or behavior to fit in with a social group. It shuts out dissent and can lead to a number of negative effects, such as polarisation and groupthink . In social situations, people often neglect their own interests to promote harmony and cohesion.

There are many examples of organizational cultures that discouraged disagreement leading to disaster. According to the Harvard Business Review the culture at the investment bank Lehman Brothers — prior to the financial crisis of 2007-2008 that led to its demise — was one of fierce loyalty in which disagreement was frowned upon. Cass Sunstein describes the explosion of the US Space Shuttle Columbia and explains that the culture at NASA that discouraged dissent was a major factor leading to the accident. Sunstein explains that failed corporations like Enron, WorldCom and Tyco were also “characterized by unrealistic optimism and pressures toward conformity.” Conformity leads to group polarization (like minded people strengthen each other’s views) and missing information (because people with concerns are afraid to speak up). 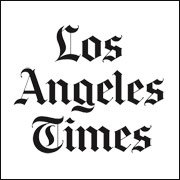