Disagreements can escalate and get ugly

Chapter 5 Disagreements can escalate into confrontations

We often say the wrong things in confrontations:

When a disagreement escalates into a conflict it can be damaging to the relationship of the people involved and the organization they are a part of. If conflict escalates people tend to get entrenched in their positions and negative behaviors begin to manifest: flaring tempers, raised voices, body language becoming defensive or aggressive. It’s important that the disagreement is recognised and that escalation is avoided. 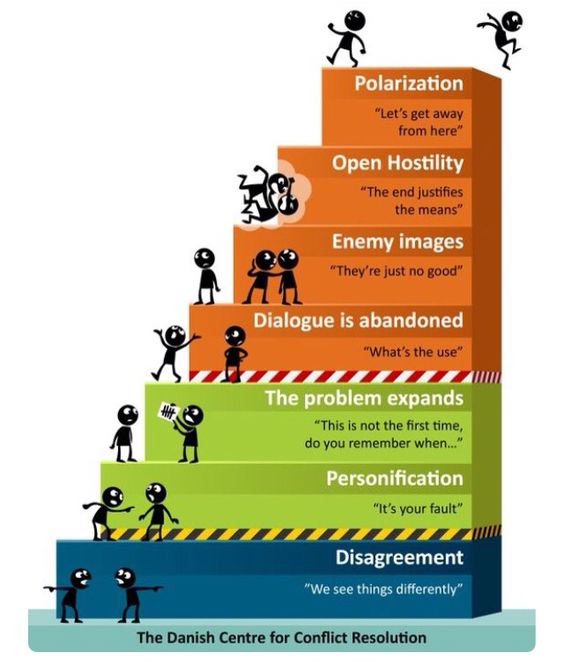 Escalation of Conflicts by The Danish Centre for Conflict Resolution