The pace of change appears to be accelerating

Chapter 1 Learning is essential to life

The pace of change has never been this fast, yet it will never be this slow again.
— Justin Trudeau Share this expert 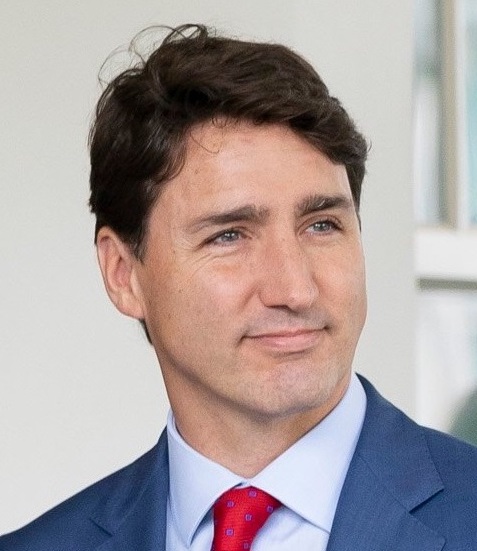 Many people share the perception that the pace of change in modern society is accelerating. The most common justification for this claim is shortening technology adoption cycles . Charts showing either the household penetration of technologies or the time it took them to achieve mass adoption are relatively easy to find. 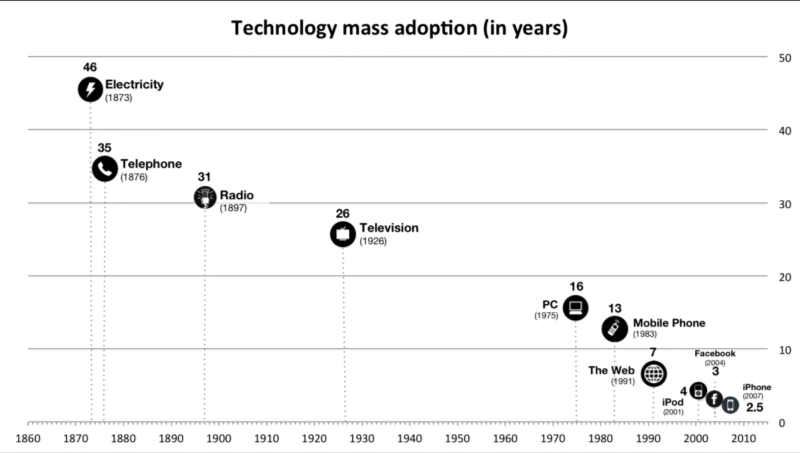 Time to mass adoption of technology

The simple exercise of imagining a world without electricity, automobiles, computers, and smartphones seems to confirm that there is some degree of acceleration of change. Such technologies would have been considered incomprehensible magic for the vast majority of human existence.

According to the World Economic Forum and futurists like Ray Kurzweil, we are on the brink of virtually incomprehensible technological change. This change will be driven by new technologies such as hyperconnectivity, biotechnology, nanotechnology, robotics and automation, machine learning and artificial intelligence.

The Economist attempted to find data supporting the acceleration of change and found it hard to prove. Patent applications, for example, have increased, but the rate at which new companies are founded has slowed. Some people believe we are currently in a period of stagnation .

The idea that time is speeding up is clearly popular but is also plausible. There is just one problem: It is very hard to prove that it is actually happening.
— The Economist

The Economist suggests that the real reason for the common perception of accelerating change is the speed and volume of information flows. Advances in technology have made global communication instantaneous and data more abundant than ever. Writers and philosophers like Erasmus of Rotterdam, Denis Diderot, Francisco Sanchez, and Gottfried Wilhelm Leibniz complained of information overload hundreds of years ago. In their time, the printing press had created a proliferation of books. The challenge of filtering out relevant information from a massive amount of data is becoming ever more challenging.