Napping is a strategy to cope with periods of prolonged wakefulness

Although notions of mental and physical ‘toughness’ as well as prior experience with sleep loss continue to be popular … there appears to be no substitute for sleep itself.
— David Dinges Share this expert 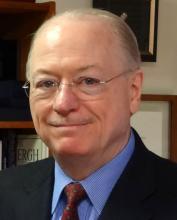 Some professions and situations require periods of prolonged wakefulness and potential for circadian disruptions and sleep deprivation. Airline pilots, military personnel, shift workers, crisis managers, and competitive long-distance sailors all have to deal with such sleep-related challenges. Napping is one way of dealing with these challenges. In such demanding environments, napping is considered an alertness management strategy , which can be used to maintain performance and alertness by reducing the adverse effects of sleep deprivation and circadian disruption.

In this context, avoiding potential negative effects of napping is essential, particularly the effects of sleep inertia. Sleep inertia is a period of grogginess and disorientation that can occur after waking from sleep — it can impair cognitive performance. This period of impairment is of particular concern for people who perform safety-critical tasks shortly after waking, such as when workers are on call or can nap at work. The period of impairment may lead to increased errors and accidents. Sleep inertia occurs primarily when waking from deep sleep or waking in the part of the circadian rhythm that corresponds to biological night. It can also happen when waking after a period of short sleep. Sleep deprivation tends to exacerbate the effect of sleep inertia. The effects of sleep inertia can last up to 60 minutes but tend to dissipate in 10-15 minutes. Researchers have attempted to identify effective countermeasures for sleep inertia. The most effective measure is planning the duration of naps so that they do not lead to awakening during deep, slow-wave sleep . Another is taking caffeine right before the nap. The effects of caffeine take 20 minutes to kick in and appear to effectively counteract grogginess.