How it works
The Science of Sleep
I
Foundations of sleep science
A very brief history of sleep science
Polysomnography is the measurement of physiological changes during sleep
Sleep involves changes in brain state
Brain waves can be used to identify brain states and sleep stages
II
Stages of the sleep cycle
NREM accounts for the majority of adult sleep
Muscles are immobilized during REM — Muscle atonia or sleep paralysis
The sleep cycle consists of four stages and repeats several times each night
REM is a unique brain state
III
Why and how do we fall asleep
Homeostatic regulation occurs through the buildup of sleep pressure during wakefulness
The two-process model of sleep includes a circadian and a homeostatic process
Genes enabling short sleep are very rare
IV
Chronobiology and circadian rhythms
Cave studies: Isolation from night and day provided insight about circadian rhythms
Chronobiology is the study of biological rhythms
Circadian rhythms regulate the sleep-wake cycle
Zeitgebers enable entrainment of circadian rhythms to local time
Core body temperature needs to drop to initiate sleep
Light is the most powerful zeitgeber
Chronotype determines if you are a morning lark, night owl, or something in between
V
Neurochemicals and hormones
Melatonin is the hormone of darkness
A symphony of neurochemicals orchestrate sleep and wakefulness
Hormones and sleep have a bi-directional relationship
Adenosine contributes to the buildup of sleep pressure
Cortisol can contribute to insomnia

Light is the most powerful zeitgeber

As the most powerful zeitgeber , light has a direct effect on sleep. Light influences our internal clock through the light-sensitive cells in the retina of the eyes. Since electricity and the lightbulb were invented, people have been going to bed later. Midnight is no longer the middle of the night, but bedtime for many people. Artificial light has also made night shifts possible. Such work patterns mean less exposure to natural sunlight during the day, but lots of artificial light at nighttime.

Every time we turn on a light, we are inadvertently taking a drug that affects how we will sleep.
— Charles Czeisler Share this expert 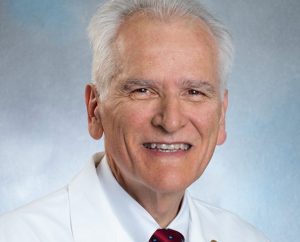 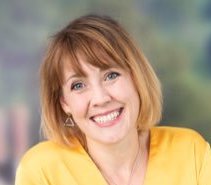 LG Linda Geddes @lindageddes?lang=en decided to live for a few weeks without artificial light and strictly followed getting enough light during the day and limiting it during the night. She reported being significantly sleepier in the evenings as her body fell into the habit of a proper sleep/wake cycle. Others who conducted the same experiment found themselves sleeping at least an hour earlier and slept around two hours more.

Getting enough light during the day maintains our natural circadian rhythm, which should make it easy to fall asleep in a dark room at night.